Cricket provides people with a structured safe activity that enables people to socialise. Recreational cricket brings the community together as a hub, making the cricket club the community hub and a place where people can go to enjoy being in a safe space.

Recreational cricket enables people ability to be challenged and allow for progress to allow people to reach their potential up an down the pathway. Cricket is a place where people can get fit, train and play, developing a healthier lifestyle, both physically and mentally, which is so important.

Cornwall Cricket are able to provide standards, 'Spirit of Cricket', safeguarding, codes of practice and facilities that enable people to decide that cricket is a game for them. 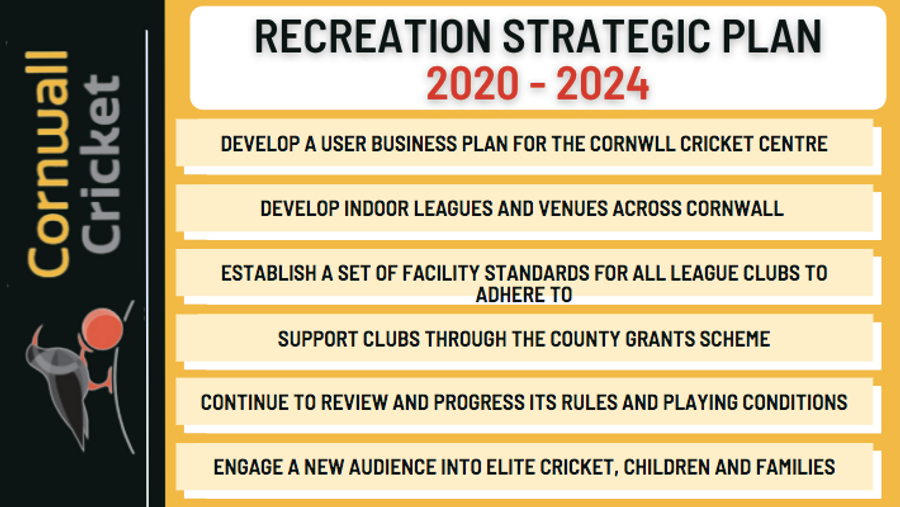 The National Club Championship is limited to three Cornish entries. Penzance only have applied in 2022.