Cornwall win the toss and elect to bat.

Cornwall recovered well on the opening day of their NCCA Championship game with Shropshire at Bridgnorth . Having been 50 for three they batted through the day to be all out for 317 with Ollie Westbury making 124 and Matt Robins 73.

The former Warwickshire, Derbyshire and Glamorgan  all rounder Graham Wagg took six wickets. Shropshire will commence their innings at 10.30 on Day 2.

The fourth wicket stand of Matt Robins for 114 runs.

Shropshire recovered from 102-6 to reach 243 thanks to Xavier Clark and wicketer keeper Ban Lees, playing on his home club ground.

Cornwall lead by 74 runs on first innings having co-incidentally trailed by 74 runs against Devon in the previous game.

Cornwall lead by 181 runs with six wickets remaining. Paul Smith has fractured a thumb in the field and is unlikely to bat.

Cornwall's defeat means Herefordshire's win over Wales NC by 70 runs shortly after lunch sees them win the Western Division 2 title ahead of their final game against Cornwall at St Austell next week.

Cornwall make one change  from the team that beat Devon at Truro.

Since then Shropshire have won four and drew at St Austell in 2017.

The last meeting in 2019 was also at Bridgnorth where Shropshire won with an unbeaten sixth wicket partnership of 70. Scott Harvey, Charlie Kent, and Matt Robins  played in the game.

PLAYING RECORD AGAINST SHROPSHIRE IN THE CHAMPIONSHIP

Cornwall have never won in seven visits to Bridgnorth including the first ever three-day game in June 2001- 20 years ago.

The three-day game starts at Cricket Meadow on Sunday (11am).

He also struck an unbeaten century earlier this season for Oxford University against Cambridge University at Lord’s.

Director of Cricket John Abrahams said: “We have always wanted George Hargrave to be involved from the start of the season.

“He has been away at university, so hasn’t spent much time back in Shropshire, but he has now come back to play for Shrewsbury and is scoring runs.

“George has brought his university form back to his club form for Shrewsbury, so hopefully that continues and he can take it into this National Counties Championship match.”

Worcestershire Academy seamer Ben Parker returns to the county squad, with promising Bridgnorth seamer Charlie Walker, having been given his first taste of the NCCA Championship by playing in the first two matches this season, making way.

Worcestershire have also made Shrewsbury all-rounder Harry Cooke, another member of the New Road club’s Academy, available once again after he made his Shropshire debut in the draw against Wales at Abergavenny earlier this month.

Abrahams said: “We have a good relationship with Worcestershire and we are grateful to them for making both Ben Parker and Harry Cooke, who are both Shropshire boys, available for selection.

“Playing for Shropshire in the National Counties Championship is another important part of their development.

“I’ve spoken to Charlie Walker and told him he is very much part of our plans and to continue bowling well for Bridgnorth, both in terms of taking wickets and also an economy point of view.

“The experience Charlie’s had so far will stand him in good stead.

“Tyler Ibbotson is another player very much part of the plans. Tyler has shown his commitment to the county by being on standby for the last two matches and he also came down to Wales during the last match for a bowling session with Jason Weaver.”

Cornwall opened their Championship campaign with a rain-affected draw against Wales before beating Devon in their last three-day match at Truro.

Cornwall also enjoyed an impressive victory over Somerset in a showcase fixture at Taunton last month.

Abrahams added: “The quality and standard of the opposition in National Counties cricket is high.

“We’ve emphasised that for us to compete at this level then we have to be at our best.

“We have to, both from an individual and a team point of view, be as challenging as we possibly can be with bat and with ball.

“To score 300 in the first innings in our last game at Wales was really good. To have the opposition at 138-6 was also very good and if we find ourselves in that situation again hopefully we can take advantage.”

The first ball will be bowled at Bridgnorth at 11am on Sunday, with admission free for spectators on all three days.

Over 60's win a National Title 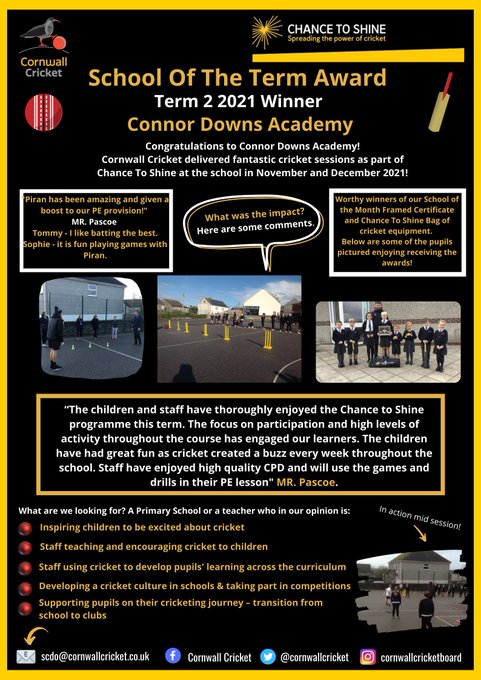 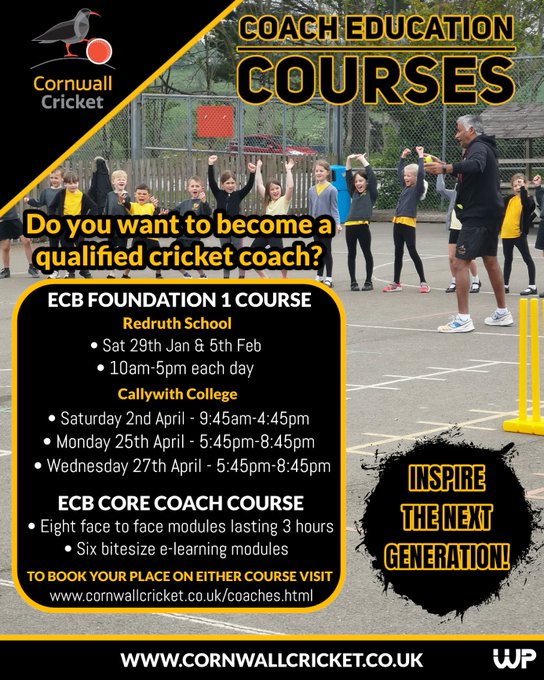 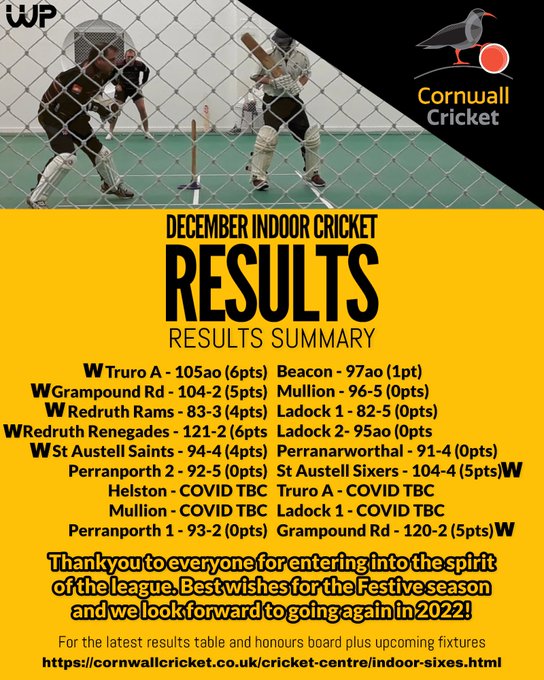